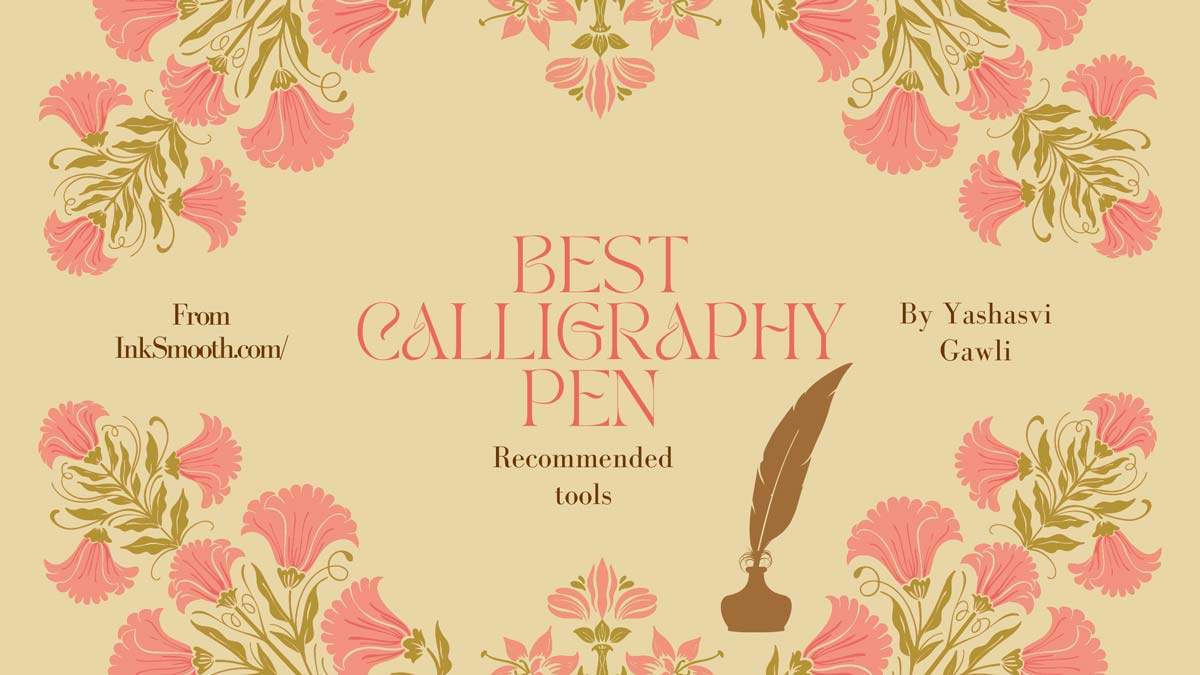 Calligraphy pen is the most crucial and important purchase of a whole calligraphy kit. Especially  in the beginning , it is a little confusing to buy one pen for learning calligraphy. Here is the buyer’s guide to help you pick the best calligraphy pen.

After writing with hundreds of different pens, in the last seven years. I would recommend you The Pilot Parallel Pen. No matter if you are a beginner or an expert. It is the best pen ever. You can consider buying it as a broad-edge pen.

Things to Keep in Mind While Buying Pen-

We divided the category for making it easy to buy the perfect pen for you. So there are three types of pen, and each gets used for a different purpose.

Our best recommended pen for a broad-edge pen is The Pilot Parallel Pen. It is the best pen. You can even prefer it for general and learning calligraphy. I will highly recommend this pen.

Following is the example of their different nib sizes.

As a beginner in broad-edged calligraphy. It’s a very good thing. Also it gives you experience of very nib size and how it performs.

You can experience different nib sizes and inks with it. This is the best pen you can buy for calligraphy. Just keep in mind it is a broad nib pen.

ink case you want something cheap and thinner nib, you should go for Artline Ergoline Calligraphy Pen. Those are the best calligraphy pens for smaller nibs. And they are a little cheap also.

Here is a comparison of the thin strokes from the Artline Ergoline Pen and the Pilot Parallel Pen.

Thin strokes are always the problem in this kind of pen(Artline Ergoline Pen). As you can see in the side by side comparison, thin strokes are much sharper in the pilot parallel pen than the artline Pen. Therefore our best recommendation is the Pilot Parallel pen.

So if you are a beginner and not want to spend much money, you can definitely go for an artline ergoline pen. It is the second best pen for calligraphy. It’s strokes are pretty sharp, colours are vibrant, and it’s overall a great pen.

So those are our best recommendation according to your needs. If you want the best pen for calligraphy go with the Pilot Parallel Pen. If you want something cheaper or don’t want to spend a lot of money you can go with an artline Ergoline Pen.

What to Look For in Calligraphy Pen-

There are few things you should want to look at before buying calligraphy pens. It is not such a complicated thing to understand.

I simplified everything that you should want to look in pen for calligraphy. And if you don’t want to make things complicated. You should follow our above recommendations.

Those things you should want to look for in a pen.

Can Sketch Pens be Used for Calligraphy?

If you plan to write in classic and gothic-style lettering, probably you should not use sketch pens for it. Sketch pens usually have point nibs or brush nibs and were designed for free strokes.

You can use the points for thin, loose modern fonts used in architectural lettering. Brush nibs can be used for splashy handwriting. My advice is to stick to the wedge pointed nibs for traditional calligraphy.

But as you know every problem has an alternative solution, so if you want to use sketch pens for calligraphy there are DIYs (lifehack) for that, you can make a slant cut at an angle of 45 degree at the tip of the sketch pen, make sure you cut the tip in such a way that you get a sharp edge.

Now the DIY pen is ready to use. Also there are many youtube videos available for this DIY you can check that also.

Best pen for calligraphy is the Pilot Parallel Pen. It is the best pen you can get for the price range. You should want to go for it.

Our second alternative for calligraphy pen is the Artline Ergoline Pen. It is the cheapest yet best pen you can get in that price range.

And at last, if you want to get into brush calligraphy you should want to prefer the Pentel Touch Pen. It is the best pen you can prefer for brush calligraphy. You can check out their price by clicking on them.

So here on this page we recommend the best ever pens you can buy for calligraphy. Without thinking any second thought.